These links do not reside here at JudyBlume.com. They will open in a separate window.

Books & Books was excited to partner with Miami Book Fair and indie bookstores across the U.S. & Canada for this conversation between Margaret Atwood and Judy Blume!
March 1, 2022

National Coalition Against Censorship (NCAC) hosted an interactive session to discuss the attacks on books in schools and share strategies on defending the right to read.

Judy’s groundbreaking novel, FOREVER… created a legion of young fans since its original release. It spoke to us about first love and first times and gave us that book that we passed around to our friends, folding the corners of pages we thought they should read. FOREVER… is now available as an audiobook for the first time, narrated by Tony-nominated actress Caitlin Kinnunen (The Prom). Author Jennifer Niven (Take Me With You When You Go, All the Bright Places) moderates this panel conversation with Judy and Caitlin, where they discuss their first YA book obsessions and inspirations and re-introduce Forever… to a new generation of readers.
November 12, 2021

NCAC fights censorship in all its forms, but especially in literature and the arts. Their work has never been more important.

A video of the pre-Gala Reception is available here.
November 10, 2021

Are You There Law? It’s Me, Menstruation
Note: Judy and Kate Erin Reilly Yurkovsky’s session is at the 5:38:22 mark.

The Columbia Journal of Gender and Law presented its Volume 41 Symposium, Are You There Law? It’s Me, Menstruation, the first-ever symposium to explore the intersection of menstruation and the law. The Symposium celebrates the 50th anniversary of Judy Blume‘s influential book, Are You There God? It’s Me, Margaret, and commemorates the 30th year since the Journal‘s founding.

As part of the symposium, Q&A between Judy, Emily Gold Waldman a Professor of Law and Associate Dean at Pace University and her sixth grade daughter Arielle.
April 9, 2021

As part of the Friends of the Key West Library Lecture Series, Judy was in conversation with award-winning author Lily King about her new novel Writers & Lovers.
February 15, 2021

Enjoy as Judy herself reads from her book Cool Zone with the Pain and the Great One for the Chicago Public Library program “Live from the Library.” Judy is reading the chapter called Bruno’s Ear.
September 25, 2020 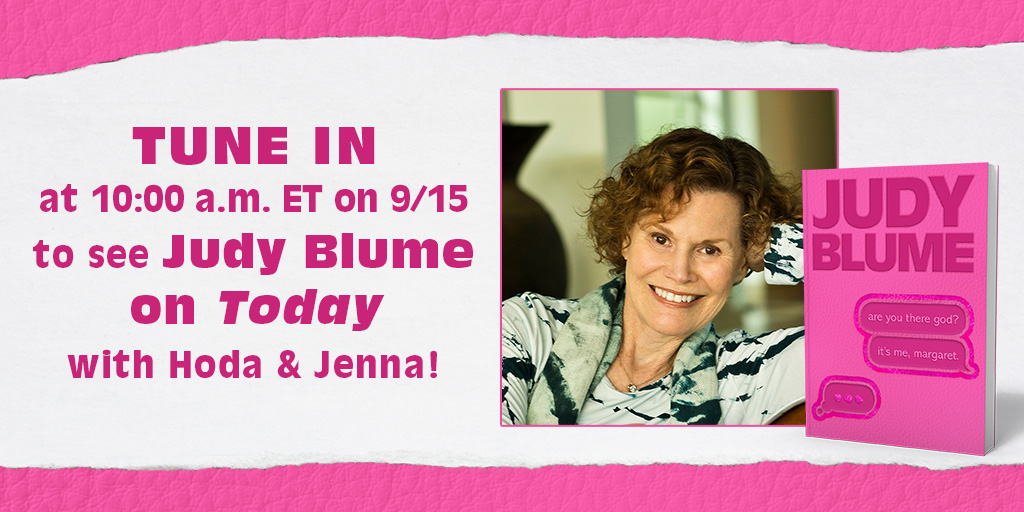 Hoda and Jenna of TODAY talk with Judy about the 50th anniversary of Are You There God? It’s Me, Margaret.
September 15, 2020 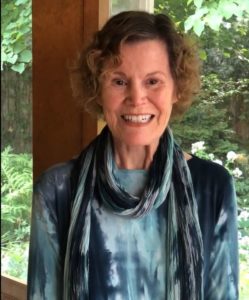 50th Anniversary of Are You There God? It’s Me, Margaret 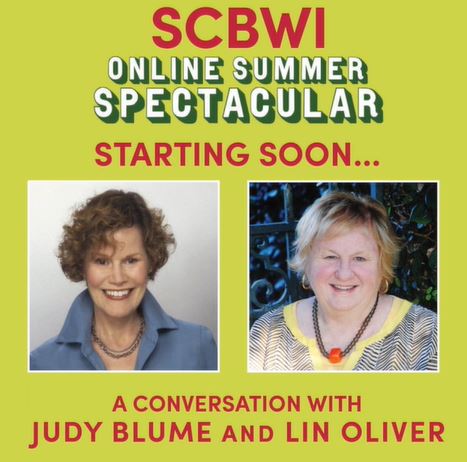 Listen in to a conversation between Judy and Lin Oliver from the Society of Children’s Book Writers and Illustrators, from the summer conference.
August 1, 2020

On-air host Kimberly Hensle Lowrance speaks with Judy about her indie-bookstore, Books & Books at The Studios of Key West — how the store has weathered the COVID-19 pandemic and how booklovers can support bookstores at this time. Judy is joined by her husband and Books & Books co-founder George Cooper.
July 15, 2020

A virtual evening with Jim Carrey & co-writer Dana Vachon with an introduction by Judy. In conversation about their new semi-autobiographical novel Memoirs and Misinformation, is moderated by Books & Books founder Mitch Kaplan.
July 9, 2020 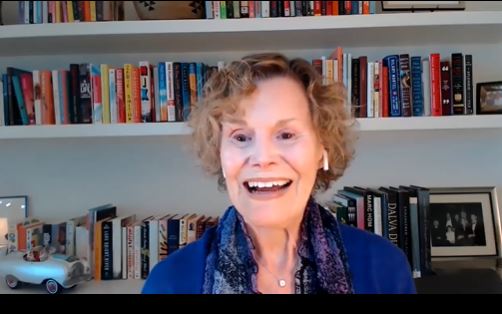 Judy Blume talk about what summer means to her, traveling through stories, and the book that almost broke her heart to write.
June 29, 2020

BookCon: Are you there BookCon? It’s Judy and Jenny

Celebrate the 50th Anniversary of Are You There, God? It’s Me Margaret with a not-to-be-missed conversation between Judy and Jenny Han!
Note: Judy and Jenny’s conversation starts at 3:19 minutes into BookConline video.
May 31, 2020

The Authors Guild Foundation’s Gala Celebrating Literary Icons: Judy Blume and Margaret Atwood was virtual due to COVID19. Watch the live conversation and celebration with Judy and Margaret Atwood and moderated by Andrea Davis Pinkney. Click here for Gala video.

In celebration of Judy’s 80th birthday, Symphony Space paid tribute to Judy with a day full of events. Kids enjoyed an afternoon of readings by actors and a discussion with Blume book illustrator Debbie Ridpath Ohi and contemporary authors including Jacqueline Woodson and Rachel Vail. During the evening event, hosted by Meg Wolitzer, Judy’s books were admired, discussed, and performed in tribute to her groundbreaking contemporary young characters she portrayed with honesty and humor. Judy was toasted with tributes to a forever-young author.

Rachel Vail in conversation with Meg Cabot and Judy Blume

Books & Books @ the Studios in Key West, Fla. held an event with YA author Rachel Vail (center) and her new middle-grade novel, Well, That Was Awkward. Vail was in conversation with her friend and fellow author Meg Cabot (left), and was introduced by her mentor (and store co-founder) Judy Blume.
February 28, 2017

Happy 100th birthday to Beverly Cleary, beloved by generations of readers. With more than 40 books to Beverly’s credit and the love of countless fans, she inspired other authors as well including Judy. “Beverly … you were my inspiration when I started to write all those years ago,” said Judy. “You remain my inspiration today.”
March 25, 2016

Judy discusses her career and her latest book, In the Unlikely Event, with Arlington Public Library Director Diane Kresh.
October 15, 2015

INFORUM at the Commonwealth Club: A Sunday with Judy Blume and Molly Ringwald

Molly Ringwald talks with Judy about her latest book In the Unlikely Event, her career spanning nearly five decades of writing, children empowerment, and her favorite stories about the young and young at heart.
June 7, 2015

Jennifer Weiner in conversation with Judy about In the Unlikely Event.
June 2, 2015

Judy joins CBS This Morning to talk about In the Unlikely Event. It is a tale of three families connected to three tragic planes crashes in the city of Elizabeth, New Jersey during the winter of 1951-1952.
June 2, 2015

Rita Braver talks with Judy about her groundbreaking books for adolescents and In the Unlikely Event, her latest novel about her own youth.
May 15, 2015

Watch Judy and Eric Carle in a lively discussion followed by a reading of their works.
September 30, 2013